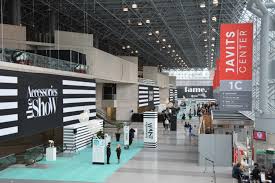 AccessoriesTheShow is a vibrant collection of accessories and the go-to event to discover classic and trend-driven brands and new and emerging high-end designers. Exhibiting brands conduct business with their customers and new prospects from around the globe in a refined and upbeat environment, while giving retailers the opportunity to discover everything from the latest styles to updated classics.